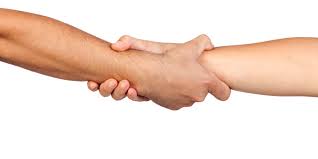 Selena had recently got divorced from her husband of 25 years! She was heartbroken and inconsolable. Support at such a time is what was needed, in order to deal with the pain in a better way. A few friends did extend their support which she accepted gratefully. One particular friend, who had faced a similar issue recently, managed to strike a chord, where others had failed to.

Though many people may brush this off, calling it silly, I personally believe that, unless a person has gone through a similar trauma himself, he cannot reach that spot where healing begins. Why? Because, the hurt, the pain, the emotions are all real and this person has emerged out of a similar misery, which definitely puts him in a better position to comfort someone else going through it.

When Anna, had lost her only son in the prime of his youth, life just stopped for her. Nothing could touch her soul. Many people tried to counsel and comfort her. But Anna remained lost in pain. It was only when a neighbour , whom she rarely spoke to, visited her and described her pain of having gone through a similar loss, that Anna found solace and comfort. Many may argue, saying that anyone can offer support at trying times, but the reality is something else.

So, how does it differ, when someone who has gone through a similar pain/ordeal/loss, comforts you?

There are professionals trained for this, but that’s a different story altogether. So, what is your opinion on this? Helping hands are all not alike? Do you agree?